The Government has been warned in a letter sent to Cabinet Office Minister Michael Gove, signed by the Road Haulage Association (RHA) and other stakeholders such as trade body Logistics UK.

There are four border-focused IT systems under the Government’s control, these are needed to ensure cross-border supply chains can continue to function property post-Brexit. 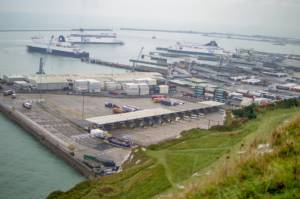 Of the four IT systems, there is real concern that the Smart Freight system is way behind in its development and is in danger of not being fully operational on the January 2021 Brexit deadline. This would have a huge impact on haulage and freight getting into and out of European countries.

The web-based application is aimed at reducing traffic jams on the M20 and M2 in Kent, and will be an online portal that drivers and operators can use to check they have the correct paperwork needed to enter the European Union. In theory, if all the paperwork is checked in advance via the online portal, that should dramatically reduce queues and allow HGV’s to enter the European Union as speedily as pre-Brexit.

The signed letter from the RTA, with authoritative trade bodies such as Logistics UK also signing in support, was designed to give the Government a real warning that the IT development is behind schedule, in particular the Smart Freight System, and warned of the economic consequences if the development is not speeded up and delivered on time.

It is believed this letter, and previous communications, has made the Government fully aware of the situation and that they are acting on these warnings and putting more resource behind the project.

Isis Insurance will continue to monitor the situation and keep our operators and drivers aware of any further news in relation to this matter.