Earlier this month, the Transport Select Committee published a report ‘Local roads funding and maintenance: filling the gap’. It concludes with recommendations that a 5 year ‘front loaded’ Pot Hole Repair funding settlement is required to deal with the problem of potholes on local roads.

Local roads comprise over 97% of total road network length and carry two-thirds of motor traffic and almost all cyclist movements. Nearly all road journeys start and finish on local roads, yet the report also notes that local government funding has fallen by nearly 25% since 2010. 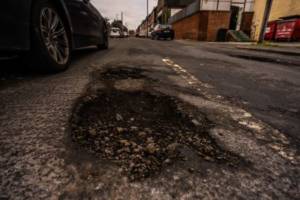 Support from FTA notes scale of the issue

FTA (Freight Transport Association) Head of Policy Christopher Snelling backed up the sentiment of the report:

“As the business organisation representing the logistics sector, FTA fully supports the Transport Select Committee’s calls for a five-year pothole repair fund; the road network has been subject to chronic underinvestment for many years.”

He went further, offering criticism of spending policy and questioning where the money might come from, “Taxes on UK road transport are the highest in Europe, yet our roads continue to be underfunded; HGVs alone pay enough tax to pay for more than 90 per cent of the current amount spent on road maintenance in the UK.

“While this funding would play a vital role in improving the nation’s road network, it would not offer a complete solution; estimates show it would cost £9.79 billion and take ten years for highways departments in England and Wales to catch up on the road repairs needed*. This investment must be viewed as part of a more comprehensive, long-term road improvement strategy.”

‘Make do and mend’ approach costing the tax payer

It is estimated that 2.2 million potholes are repaired every 12 months in the UK – at a staggering cost of around £120m. The Transport Select Committee report suggests that a new strategy needs to be encouraged. Characterising the current practice undertaken by Local Authorities of simply filling pot holes in already exhausted surface as ‘make do and mend’, the report points to the economic repercussions of not having a proactive policy in place. The report summary notes: “It undermines local economic performance and results in direct costs to taxpayers—either through rising costs of deferred work or through a mend and make do approach that does not represent good value for money in the long-term.”

Cost of repairs to vehicles caused by pot holes increasing

For motorists, the costs of repair to their vehicles has also risen, with a 2018 survey by KWIK FIT suggesting that £915m worth of damage had been done to UK drivers’ vehicles. Naturally this represents a significant operational cost to commercial drivers and HGV operators who will need to factor repair costs as well as ‘down time’ when their commercial vehicles cannot be used due to being at the garage. But with the touted Pothole Repair strategy likely to require in excess of £10 billion to address, there are doubts as to whether the situation is likely to ease anytime soon.