When it comes to HGV Insurance cheap is rarely cheerful!

Get a Quote
Home » News » When it comes to HGV Insurance cheap is rarely cheerful!

When it comes to HGV Insurance cheap is rarely cheerful!

As a Heavy Goods Vehicle owner you will be all too aware of the ever increasing cost of operating a HGV. The daily pressure on fuel costs, maintenance and repairs plus regulation all contribute to the squeeze on your profits. 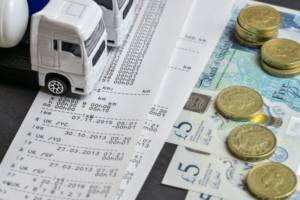 So it is obvious that most prudent HGV owners will look to reduce cost where they can and one of the first places many start with their HGV insurance.

Making sure you have a good deal which also provides the cover you need is a great idea BUT operators should beware of falling into some of the “money saving traps” that whilst saving money up front cost you even more in the longer term.

There are many examples of this but one great example is where an HGV owner adds his own vehicles to a “friends” insurance policy. The friend may well have a cheaper rate for each vehicle- perhaps based on a longer established clean record, so the up front premium sounds much cheaper.

However, there are a number of issues around the validity of the actual HGV insurance when a vehicle not owned by the ultimate policyholder is added onto their policy, but leaving this aside for now, the main issue usually arises when a claim occurs.

So, following the claim, the “friends” insurance policy is now likely to be adversely affected. In our experience we have seen many instances where the main policyholder does not want the claim to increase their premium so informs the insurer that the vehicle does not belong to them.

A whole raft of issues arise from this, but most involve a dispute around who will meet the cost of the claim, the insurer may not as the policyholder has advised that the HGV does not belong to them, but ultimately the cost of the claim will end back with the person who caused the damage. i.e.the HGV operator who owns the vehicle but may not now have the insurance protection they thought that they had!

This is just one simple example of how saving money on your HGV insurance may not always bring the long term savings expected, and may also leave you with a large bill!