Update on the National HGV Driver shortage and how leading retailers are tackling the problem head on.

Get a Quote
Home » News » Update on the National HGV Driver shortage and how leading retailers are tackling the problem head on. 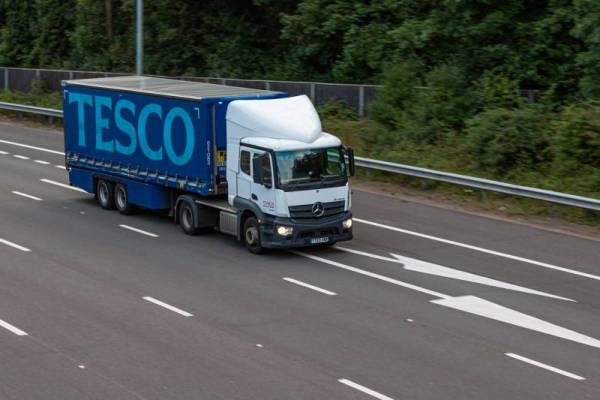 Last month in July 2021, Isis Insurance wrote about the Government initiatives to drastically reduce, or eradicate completely, the current shortage of HGV drivers in the UK.

This has been an ongoing problem for many months now.

The logistics industry, which retailers – especially grocers – rely on to transport goods to stores or warehouses, is facing an estimated shortfall of around 100,000 HGV drivers.

The lorry driver shortage crisis first grabbed headlines in early June when a major distributor warned that fresh produce destined for UK supermarkets was being dumped due to a shortage of drivers.

Hauliers have blamed the shortage on a large proportion of drivers being foreign nationals from European countries who had returned to the EU after Brexit. This problem was escalated with truck drivers not being included on the UK Government’s list of skilled labour, leaving new arrivals needing immigration paperwork. Of course, Covid-19 had seen no new British truck drivers trained within the past 12-18 months, while changes in the rules of self-employment had led to a 25 per cent increase in agency driver charges.

A perfect storm of problems that have led to the current shortage of over 100,000 lorry drivers. This at a time when the demand for food and associated supermarket goods is at an all time high due to people still eating at home rather than “risking” eating out at pubs and restaurants. Plus, of course, an increase in disposable income due to lack of overseas holidays that is being spent on internet shopping and home improvements.

All of these items of course need to be transported to and from distribution hubs and warehouses and in turn, to retailers or direct to the end consumer.

Last month, the government revealed plans to tackle the shortage by easing driver qualification requirements and improved working conditions. Other measures include giving drivers more official parking spaces and boosting standards of lorry parks to help encourage hauliers to stay in the sector.

Some leading retailers have taken matters into their own hands since the Government’s initiatives, while worthy, will take time to come to fruition, have no guarantee of working and they need HGV drivers NOW.

At the time of writing, Tesco is offering a £1000 joining bonus who join the company as a Tesco HGV driver before the end of September.

John Lewis is raising its John Lewis truck driver salary by up to £5,000 per annum. Aldi have also increased their HGV driver’s salaries to attract new blood.

M&S (working with their logistics partner Gist) are offering a generous sign-up bonus of £2,000 to all M&S lorry drivers and also additional retention bonuses to encourage driver loyalty.

These retailers are just examples of major companies that realise that they need more generous basic salaries alongside bonus schemes to ensure their shelves are fully stocked. We are not aware of the exact results of these recruitment campaigns, but we do believe they have had a significant impact on the number of drivers they have, and their driver shortages are much lower than the national average.